Phantasy Star Wiki
Register
Don't have an account?
Sign In
Advertisement
in: Help, Administration of this site 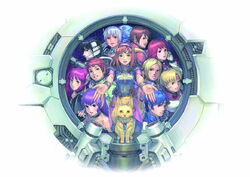 Hello, and welcome to the Phantasy Star Wiki! Please take a moment to read through our guidelines. In order to contribute to our site, you must accept the rules below. As we operate under the Fandom network, you must also agree to abide by Fandom's Community Creation Policy and Terms of Use.

The Phantasy Star Wiki is intended to collect information on the Phantasy Star series of video games published by SEGA. The wiki will archive information across the entire franchise, beginning with the original Japanese Role-Playing classics to the modern Online Action Role-Playing games. The wiki will serve as a glossary of common game terms, a database of the enemies, items, characters and locations each episode/installment features. It will also function as a guide to mission progression and an outline of the various stories and side-stories each game tells.

First and foremost, the act of joining a community to archive knowledge should be done for the benefit of all readers. The wiki is meant to be a public space to have fun and share knowledge with like-minded fans on a subject we are passionate about.

By joining our community, you acknowledge that you are responsible for all action taken under your account. If you receive disciplinary action up to and including a ban, you accept that you were at fault for breaking a rule or rules that led to the punishment received. Excuses will not be tolerated. If your account was hacked, contact Fandom support at Special:Contact. 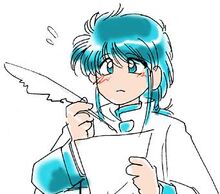 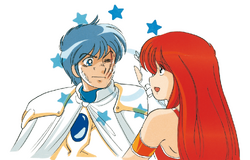 So you've broken a rule or rules on the wiki. This has earned you a warning. What does this mean?

Admins will administer warnings to editors that do not follow the policies listed on this page. These will be posted on the user's talk page stating such. Generally speaking, accumulating three warnings will then result in a ban upon committing the fourth offense from the wiki. The exception to this is vandalism, spam, and sockpuppeting which will result in an instant ban.

So you've broken the rules several times and you have now earned yourself a ban. How long will the ban last?

Please note that bans will be issued by admins at their own discretion depending on the severity of the offense in question. These are taken on a case-by-case basis. In certain situations, the admin may need to administer a heavier punishment depending on the user's actions.