View source
watch 01:36
We're Getting Mutants in the MCU - The Loop
Do you like this video?
Play Sound

Currently Phantasy Star Online 2 es is region locked to Japan only on the Google Play and iTunes App stores.

Recommendations for Android and iOS devices as specified from their respective store pages.[2] [3]

SPOILER WARNING
This section contains plot or ending details which could spoil the game for those who have not completed it.
SKIP SPOILERS SECTION

The world of Phantasy Star Online 2 es takes place during the same time period as its sister title. Dr. Cohen, a famous researcher that was known for developing the breakthrough chip system, mysteriously disappeared one day during a research mission while accompanied by his body guard, Donovan, who has also gone missing. Four years later, ARKS headquarters grants Management Officer Seraphy permission to head a confidential search and rescue mission in order to retrieve the man at any cost. In her efforts of finding Dr. Cohen alive, she recruits the player character to search for any leads regarding his whereabouts while scouring several landscapes and different planets. She reveals to the player that she accepted her mission for both professional reasons and because the doctor is also her father.

Along the way, several message pods are found left behind by Dr. Cohen. Some of them offer incriminating evidence that the doctor may have allowed darkers to invade residential areas willingly, and perhaps had a hand in developing a "Type-C" chip that enhances darker strength. As they continue to search the desert, the player and Seraphy receive an emergency call from the doctor himself. Cohen warns them, calmly explaining that if ARKS continue to interfere with his research, he will retaliate with force. Due to the sudden turn of events, Seraphy is reluctantly forced to change the objective from a simple recovery mission to a custody restraint operation with permission to kill if necessary.

The team eventually discovers a hidden base on the floating continent of Amduskia. Inside, the two are granted an opportunity to speak with the alive and well Dr. Cohen. They learn that the doctor had been performing experiments on the local wildlife in his base in an attempt to remodel them. After an intense discussion, Seraphy commands several troops to thoroughly investigate the base. ARKS allows the move, but also secretly investigates the conversation that took place between her and Dr. Cohen. When they learn that her actions have been for selfish gain, they summon her to headquarters for unspecified reasons.

Unlike its sister title, Phantasy Star Online 2 es is a menu-based game with a point-and-click battle system. The game features a unique chip system that allows the player to equip up to 5 different chips to assist them during combat. These include the familiar Photon Arts and techniques found in PSO2, monster chips that house a variety of beneficial properties, and character chips featuring many recognizable characters from Sega's franchises.

Combat is a real-time system with point-and-click properties. Upon selecting a quest from the counter, the game gives the player the option to select either a friend or a random player to accompany them for the entirety of the quest. The partner character will share the first chip on its palette with the player, thereby allowing use of the chip until the mission is completed.

Once selections are completed, the quest field will load with several different paths leading to the quest's boss. Along the way are beneficial, colored paths that boost certain stats when walked upon. Red paths boost attack, green boost defense, blue makes chip points recover faster, and yellow allows the friend meter to build faster. When the meter fills completely, the player can summon their partner to pause the battle for a moment and get a free hit on the current targeted enemy. Gray paths tend to be empty, however, during certain emergency quests they will randomly show another player's ARKS card and ask if the two would like to exchange friend requests. Each path can also randomly include an encounter with enemies, items, or a chance at full health recovery.

During an enemy encounter, a random foe will be locked onto and becomes the focus of the player's attacks. The locked target can be changed by clicking the left or right arrow on the screen, which rotates among the monsters currently on the field. By quickly swiping across the screen, the player will perform a dodge that can be used to move across the field or evade an enemy's attack.

Each weapon has a default action that does not consume chip points but is usually weaker than Photon Arts and techniques as a consequence. However, with each successful normal attack, the CP and friend meter will build over time. In earlier builds of the game, chip points did not recover between random encounters. This was changed in an update, allowing the player to go full force on the enemies during a single encounter and not have to worry about rebuilding the CP gauge for the next.

After completing the trial, the result screen will tally the player's completion time and damage sustained into the form of Arks medals. Three medals are obtained for having 2 excellent ratings, two medals for having 1 excellent rating or 2 good ratings, and one for getting less than good on both scores. After defeating the quest boss, a final result screen will display the total amount of Arks medals obtained and will reward the player accordingly with extra chips or special weapons for achieving a great score.

Phantasy Star Online 2 es has 8 different, playable classes: Hunter, Fighter, Force, Techter, Ranger, Gunner, Braver and Bouncer. Fighter, Techter and Gunner must be unlocked by leveling a relevant class and completing the class' special unlock quest before they become usable. When this game is linked with Phantasy Star Online 2, 10% of experience earned transfers over to the latter as well any items or meseta obtained. 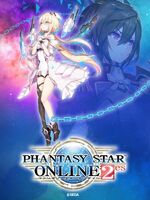 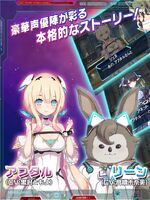 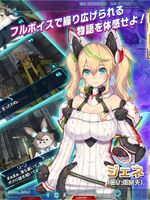 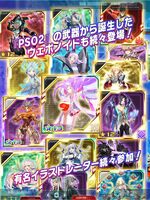 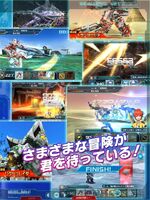 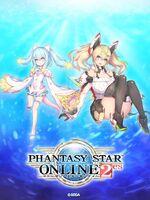 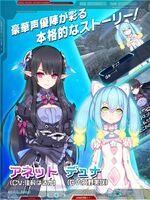 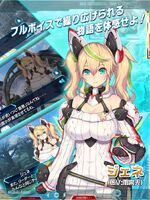 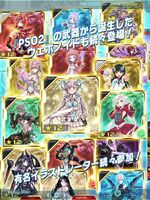 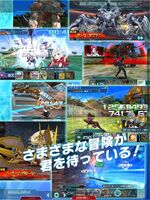 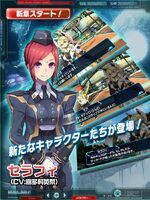 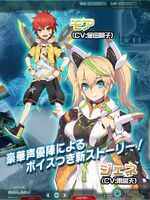 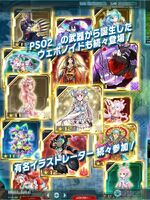 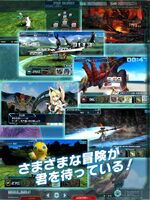 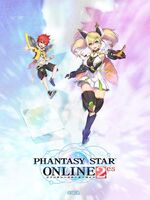 These pictures showoff the game during its open beta phase and early release.

The closed beta test phase, as featured in an article from 4gamer during Tokyo Game Show 2013.