Start a Wiki
This article is a stub. You can help Phantasy Star Wiki by expanding it.

Ogi (Japanese: オギ) is a character from Phantasy Star Zero.

"Ogi is a mysterious cast who’s head was found by the party. His whole body was eaten by a hostile enemy. He is very interested in researching the past, though he is very serious, sometimes he will make a strange remark that will surprise everyone."

Ogi, as he appears in the game's intro. 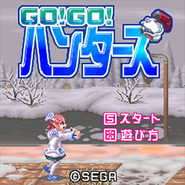 Ogi starring in the flash game, Go! Go! Hunters
Add a photo to this gallery

Retrieved from "https://phantasystar.fandom.com/wiki/Ogi?oldid=34300"
Community content is available under CC-BY-SA unless otherwise noted.