Motavia (Japanese: モタビア), also known as Mota in further games of the series, is the second planet of the Algo star system.

Motavia is a very dry world and consists mostly of desert terrain, but with some mountainous areas and a small inland sea. Ant lion make much of the desert impassable by foot. The towns and villages are inhabited by migrant Palmans, but native Motavians, who are intelligent, can be found wandering the desert.

Motavia map from the instruction manual

By the second millennium (preceding the events of the game, Phantasy Star 2), the desert planet has been renamed 'Mota' and its terrain has been terraformed, such that little evidence of its previous deserts can be seen. Domed fields dot the landscape, and a large central lake is connected by a myriad of rivers to the sea. The flow of water is controlled by a central tower - Climatrol, and four dams. 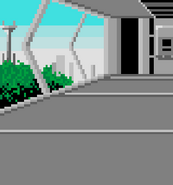 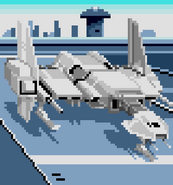 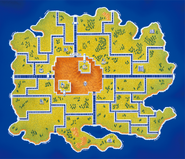 In the third millennium, much of mainland Motavia has become dry and arid again, however, there is still an extensive ocean on the planet. There are many towns and villages to visit in Motavia. 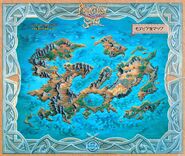 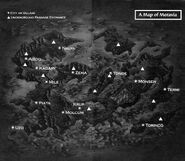