Chaos & Mobius (Japanese: D・ケイオス & D・メビウス, "D. Chaos & D. Mobius") are robots that operate as the personal bodyguards of Reve. They are the boss of Oblivion City Paru.

When they fuse together, they transform into the super robot, Humilias.

When the party encounters Reve, he refuses to listen the Sarisa's reasons and says to the party that he can not let anyone leave the ruins alive and sends Chaos and Mobius to fight against the party. 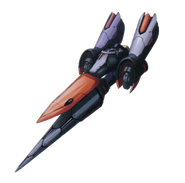 D.Moebius
Add a photo to this gallery
Retrieved from "https://phantasystar.fandom.com/wiki/Chaos_%26_Mobius?oldid=26185"
Community content is available under CC-BY-SA unless otherwise noted.