It should be noted that Episodes I&II and Episode III each had a different timeline published in their respective art books. However, the timelines have certain dates which contradict each other, meaning the Blue Burst and Episode III books[1] may have retconned some events from the original Phantasy Star Online timeline.[2]

A meteorite falls to Coral's surface. They discover an unknown photon energy embedded in the cells from within the deposit. Research begins in secret. Scientists curiously study it in the interests of space travel.[2]

In a joint development by Dr. Osto Hyle and Dr. Montague, the prototype of a biological weapon called "Mag," an emotional AI, is completed using the unknown photon energy. At this time, Dr. Montague is just about 11 years old.[2]

The mysterious monument, POUMN, is discovered on Ragol's surface. Although the extraterrestrial civilization is confirmed, other traces of evidence are not found elsewhere on the planet's surface. The research team resorts to searching below the surface. The information about the monument is concealed to the immigrant public; they are misinformed that it is a commemorative monument.[2]

The war on Coral continues and the Alliance of Nations has disbanded. It is reorganized into 3 large and 2 small countries, and thus the 5 Country Federation is established.[1]

There is an urgent meeting held by the 5 Country Federation about Pioneer II's declaration of independence. Meanwhile on Pioneer II, the dictatorship of the new Governor, Dol Grisen, begins. With this, conflict flares and the government begins to abolish Pioneer II's military.[1]

Around this time, civilians are no longer allowed to go to Ragol's surface without the government's permission, causing survey of Ragol and excessive hunting of its monsters to become common illegal activities.[1]

Coral, on the condition that 20% of its population will immigrate to Ragol, continues to fund Pioneer II's land development efforts.[1]

Following the strict population control laws, Han Walt starts hunting Androids. His method is to gather them together and abandon them in outer space, then blow them up. This becomes known as the OPSS incident.[1]

A mysterious "Germ" is found somewhere on Ragol. While studying it, the researchers became infected and died.[1]

C.A.R.D. Technology is created from the research done on the Germ. Because of its low cost, the military goes on to use it as an alternative to cloning technology.[1]

The date of these events is unspecified, however, they take place sometime in the far future since the events of the Phantasy Star Online saga.[8] 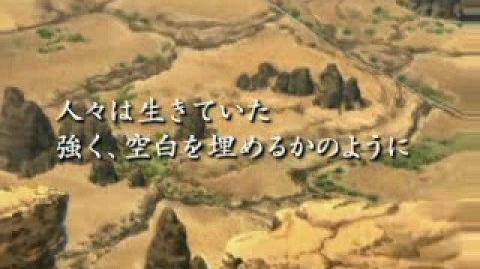 Retrieved from "https://phantasystar.fandom.com/wiki/After_Unification_War?oldid=21708"
Community content is available under CC-BY-SA unless otherwise noted.